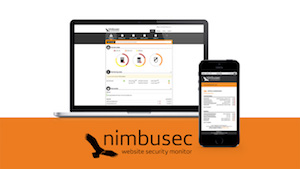 “During the last few months, we have had hundreds of attacks against Estonian websites come to light. Largely thanks to accompanying defacements. Unfortunately this is only the tip of the iceberg. Most of these incidents go unnoticed for weeks or months. Unfortunately this time period is used by criminals to attack internet users and to steal website owners data,” commented Ardi Jürgens one of the board members of Zone.ee. “Nimbusec helps minimise the period during which the homepage owner and users are vulnerable due to lack of information,” he added.

Cumulo’s partner relations development manager Alexander Mitter described Nimbusec’s mission: “Cyber attacks are not only aimed at high profile targets anymore, it is a phenomenon that targets the whole society. The mission of Nimbusec is to stay a step ahead of the criminals, watch over our clients websites and alert them when problems arise. This way we help our customers avoid financial and reputation loss. Partnership with Zone.ee, one of the leaders in its field in Baltics, allows us to bring our services to Estonian entrepeneurs.”

Nimbusec security monitoring is available for all websites hosted at Zone.ee. The prices for service plans start at 1.99€ per website.

Zone Media LLC, the largest hosting provider and domain registrar in Estonia was founded in 1999. Co-operation with Cumulo Information System Security GmBH is part of the company’s initiative to bring additional services from international vendors to Zone.ee customers in Estonia.

Cumulo Information System Security GmBH is an Austrian-based cloud service headquartered in Linz that monitors webspaces and domains for malware, defacement and blacklisting.

On the night of November 12th Zone relocates its servers to another data centre, and as a result, 30-60 minutes disruptions may occur and customers won’t be able to access their virtual servers.

Relocation of the servers is associated with the change of roles of the Tallinn data centres and to increase the overall fault-tolerance.

Starting this week our office is situated in a new building. We still operate in Ülemiste City, but from now on we welcome our clients at Lõõtsa 5 (5th floor). The office opening hours remain the same and we are opened on business days from 9AM to 5PM.

Welcome to our new office!

You can register your desired domain on our site www.zone.ee/en/service/domain-registration/prices/

Chrome’s last 44th release (version 44.0.2403.89) got a small, but significant change. It’s now sending the HTTPS: 1 header on every request by default. This was probably meant as a security improvement, to suggest HTTPs to the server wherever possible, but it’s breaking WordPress and other web server installations all over the world. Problem should be eliminated on July 27th with new release. Until then we recommend to use other web browsers like Safari, Explorer or Firefox.

Our Web Hosting Package II gained support for secure connections (HTTPS). To offer this, we have implemented Server Name Indication (SNI) in our server platvorm, which allows us to offer HTTPS connectivity without requiring a dedicated IP address from the customer. The need for a dedicated IP has been one of the reasons why HTTPS support has been limited to the more costly service plan.

Starting today, Zone clients can use Voog – a content management system developed in Estonia, while creating their web sites. Voog is designed for those who want to create a web site with a modern and adaptable design, without having a deep knowledge in the field of information technology.

ZoneCloud clients can manage their data via online web interface, as well as native clients, which are available for all popular operating systems. The new cloud service is also compatible with devices running Apple iOS and Google Android.

„We hope that a local alternative to services provided by global corporations encourages Estonian entrepreneurs to use cloud services more,“ commented Riho Kurg, the CEO of Zone.ee. “In 2014, Eurostat has conducted a survey among companies with staff of more than ten people. In Estonia, only 15% of them used cloud services. This figure is far behind the leader – Finland, whose figure was 50%, while the average for the EU was 19%.”

“Based on Eurostat research it becomes clear that the biggest concerns for entrepreneurs are the safety and protection of data in the cloud, its location and the current laws in the country of the service provider. Our company’s place of origin, 15 years of experience in providing similar services and unique infrastructure in Estonia, help to reduce all these fears significantly,” added Kurg.

A free version of ZoneCloud, which currently allows each user to store up to 5 GB of files on the service, has been automatically assigned to all e-mail users at Zone.ee. The number of such users at Zone.ee is above 120,000.

Zone began a cooperation with the German software developers ownCloud GmBH on 2013, to design and develop the ZoneCloud service. ZoneCloud applications for Windows and Mac, as well as for mobile devices based on Android and iOS, were developed in the process.

7-month long beta period preceded the launch of the service, during which feedback from clients was gathered and based on it, the platform was improved and adapted to Estonian conditions.

Registration of a new domain only takes a few minutes and each domain includes free DNS records management. As one of the few registrars in Estonia, Zone.ee offers free DNSSEC cryptographic protection and triple DNS fault tolerance.

Today, EURid’s annual Christmas campaign began, the prizes of which, similarly to the previous year, are several vacations for two people:

In order to participate in the competition, register a .eu domain name (https://www.zone.ee/en/service/domain-registration/prices/) between 27th November 2014 up and until 23rd December 2014. Answer two questions and enter the competition at https://christmas2014.eurid.eu/ using the domain name you registered.